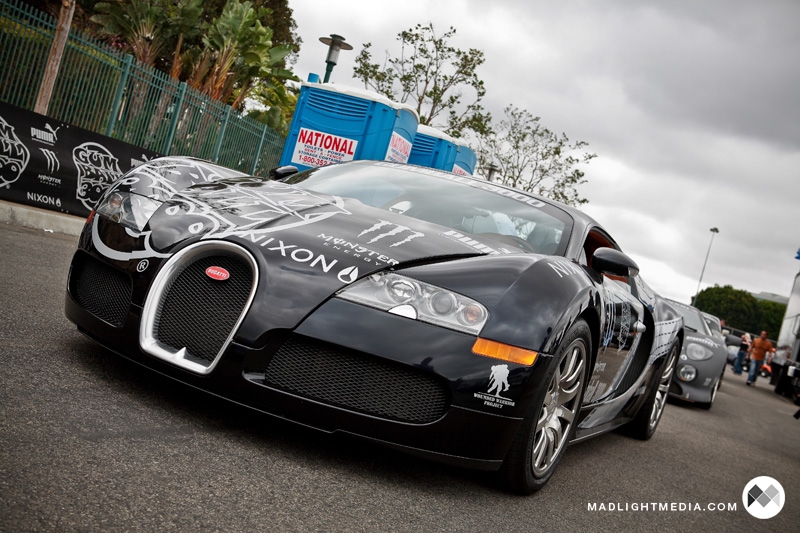 May 1-2. 2009, Santa Monica, CA ->Anaheim, CA – This year’s Gumball 3000 started at the Pier in Santa Monica, CA.  For those that don’t know, the Gumball 3000 is an annual rally that covers 3000 miles, usually taking place in different parts of the world each year.  More importantly, the Gumball event is really a chance for ballers to drive their cars around and party every night! This year 120 cars were officially entered in the event, ranging from Veyrons, F430s, Murcielagos and GT3s, to Scion TCs and a Crown Vic dressed up to battle the swine flu. The next day, the parade headed over to the Anaheim Stadium to make a stop over at the D1GP event being held the same day, to the delight of the audience. Next stop, Vegas! Someday, we will join this crowd… after pooling all our resources together in the next 50 years! Check out the gallery of fine cars after the jump.